In summer 1898, race car designer Harry A. Miller clamped a 4 cylinder outboard engine to a rowboat and showed his friends haw to enjoy their afternoons off. Although Miller did not develop his idea further, one of his co-workers, Ole Evinrude did, and the rest is history.

Evinrude founded three successful outboard motor companies. The Johnson family developed the first lightweight motor and Mercury Marine founder Carl Kiekhaefer, developed the first high horsepower engines. Outboard Motors are still the most popular method of propulsion for boats of all sizes. They now come in horsepower ranges from 3HP to 450Hp and are used on boats from 8 to 40 feet in length. Our display includes some of the older motors, used in the 1940’s to 1960’s and including some less know brands like Martin, Scott-at-Water, Champion and Sea Bee along with the famous Johnson and evinrude lines.

What to learn more?
Here are a few more exhibits that might be interesting for you.
Related Posts 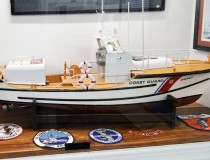 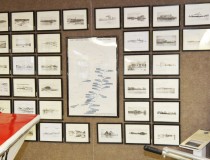 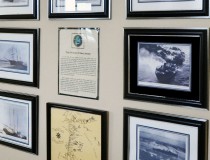