The Coast Guard was formed in 1915 and was a natural outgrowth of the U.S. Life Saving Service which was founded by an act of congress in 1854 after the sinking of the Australian Brig Terasto of the coast of Surf City. It is one of the seven Armed Services and has participated in over 21 wars in support of our overall efforts. On display is a detailed model of a typical Coast Guard Rescue vessel along with information on the definitive role of the Coast Guard and it’s New Jersey locations. Also for you information our library has varied booklets on boating safety and safety courses available to you.

What to learn more?
Here are a few more exhibits that might be interesting for you.
Related Posts 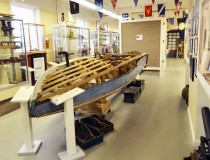 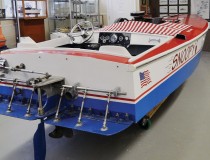